"CUISINE DESIGN BEGINS WITH SCIENCE, STUDY AND RESEARCH"
The Val di Fassa native, Chef Peter Brunel, was born in 1975. The esteemed chef graduated from the Tesero Hotel Institute before moving to Bolzano to learn how to prepare haute cuisine under the guidance of Chef Giorgi Nardelli at the Parkhotel Laurin. In 2003, at the age of 28, he began at Villa Negri in Riva del Garda, where he was awarded a Michelin star. From there he went to Trento to work at Chiesa. He then moved to Tuscany to coordinate the restaurant Palagio59 of Riganano sull’Arno. During that time he also created the “Chef’s Circus” culinary series, which creatively paired the dishes of star chefs with the sounds of live jazz.

Throughout the years Brunel invested in his international training at Michelin-starred restaurants in France and abroad. His continuous drive to learn has been key to his professional growth. His studies have gone beyond the kitchen and into the worlds of art and architecture, fonts of inspiration from which he draws new ideas from.

With a culinary concept that blends tradition and innovation, Brunel’s cuisine is refined and creative. Member of the Italian National Cooks Federation, he participated in the “The New Italian Design” exhibition in the Triennale Design Museum. Opening in the Istanbul Museum of Contemporary Art, the exhibition then moved to Beijing and on to the Unites States in 2012.

In the summer of 2014 Brunel began as the Executive Chef for the Ferragamo family’s Lungarno Collection. While there his cuisine really came into its own. His distinctive fusion cuisine lent prestige to the Nikkei Fusion Bar and Restaurant, the Caffè dell’Oro and the Borgo San Jacopo restaurant.

In December 2015, within a year of the chef starting at Borgo San Jacopo, he was awarded a Michelin star.

In July 2019, the Peter Brunel Ristorante Gourmet opened as a new venture with entrepreneur and gourmand, Lorenzo Risatti. The two launched the project as a way to give prestige to Trentino, a region rich in myriad resources, but awaiting new culinary energy. A little more than a year after its opening, the project can be said to be a real success and the goal of the Michelin Star achieved.

Brunel stated that his dream is “to make a star shine again at the top of the lake, in my homeland, Trentino.” 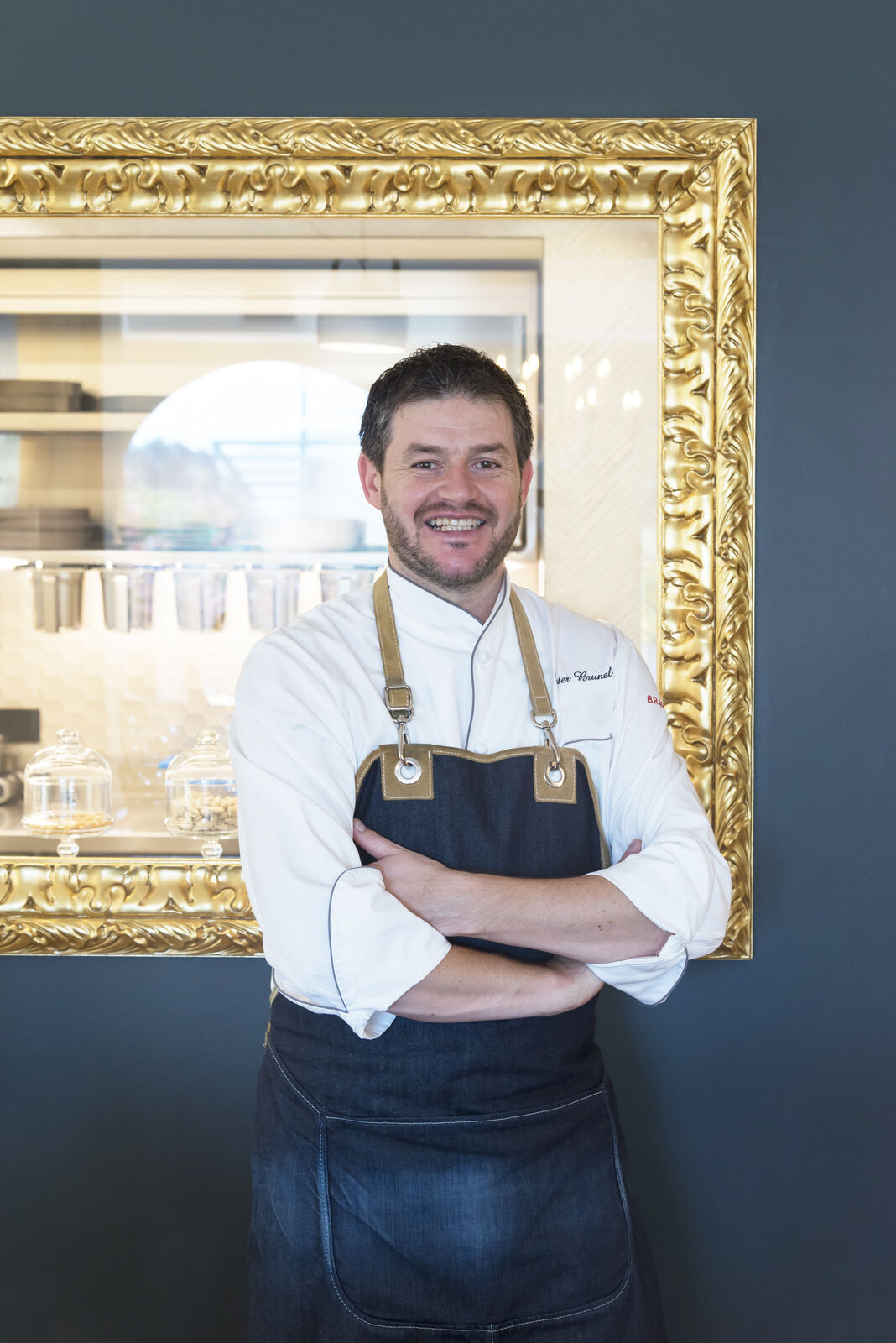 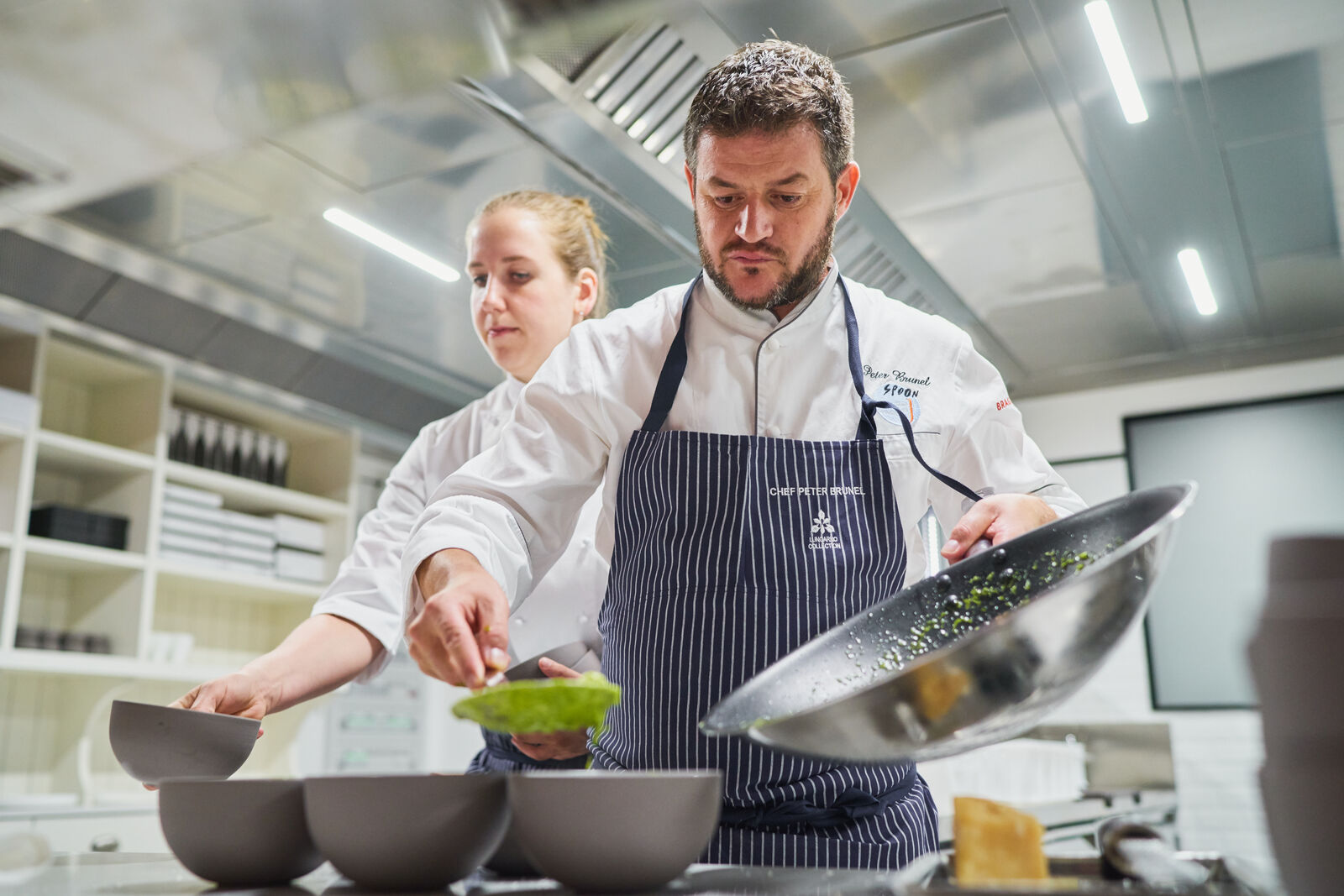 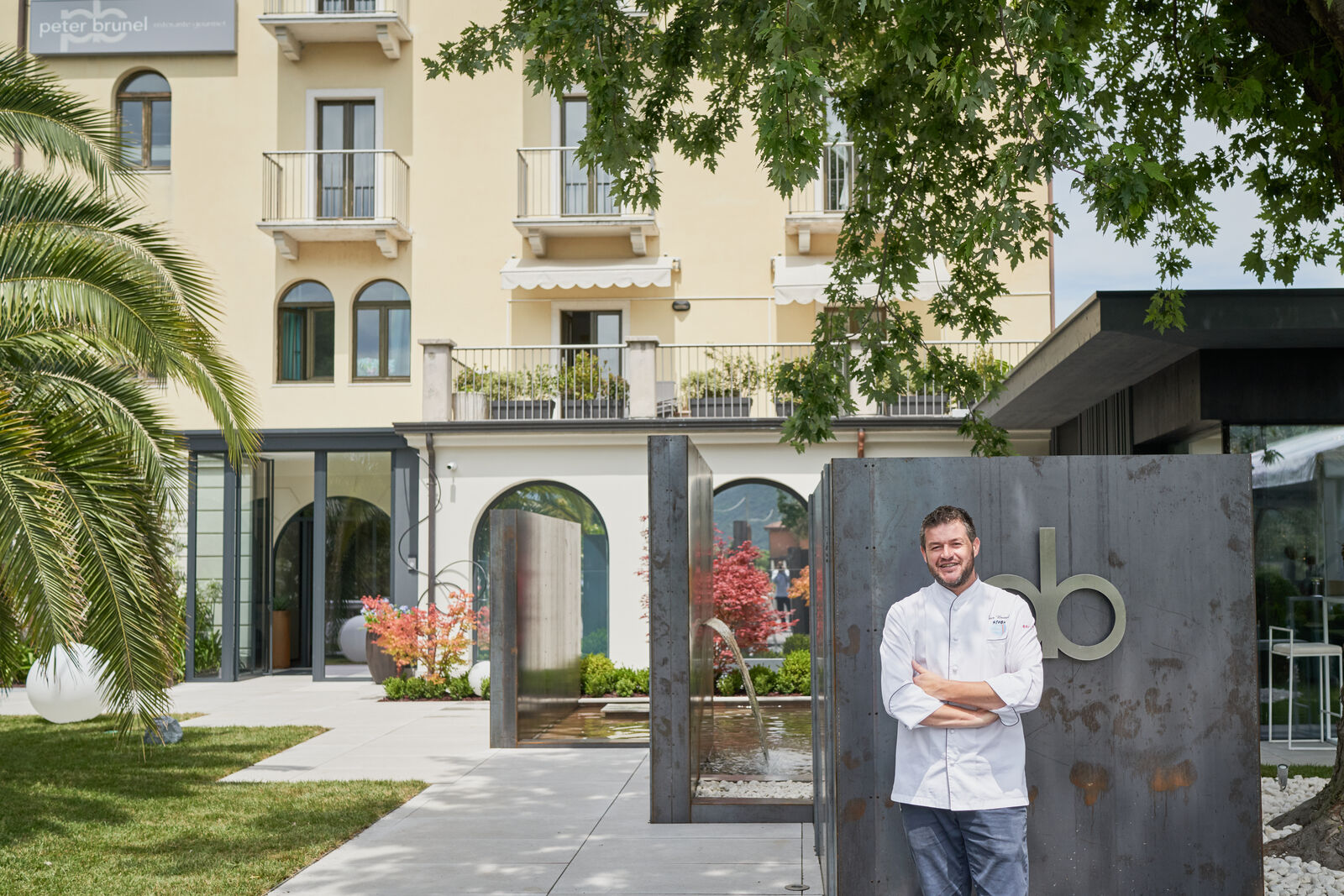 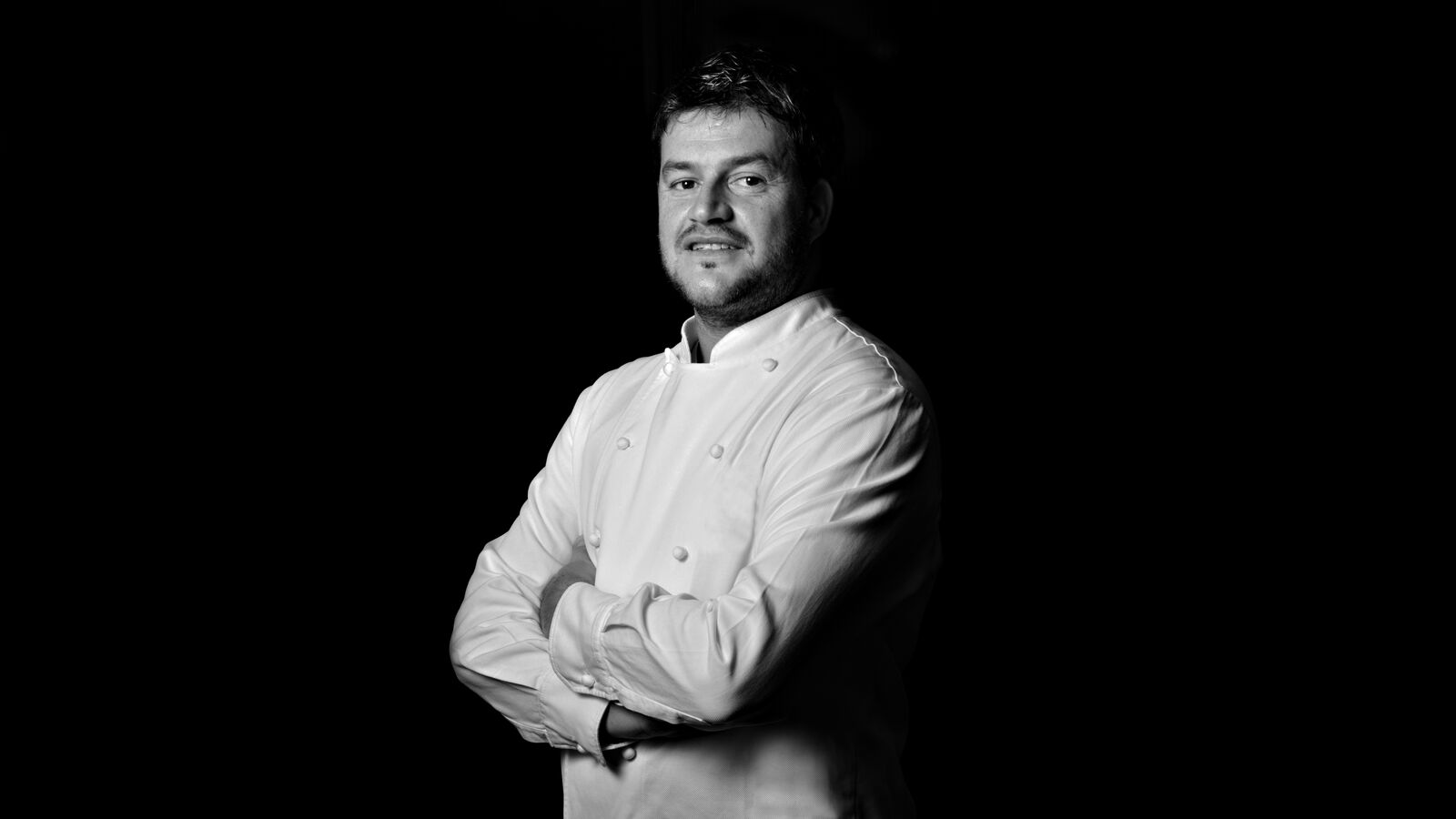 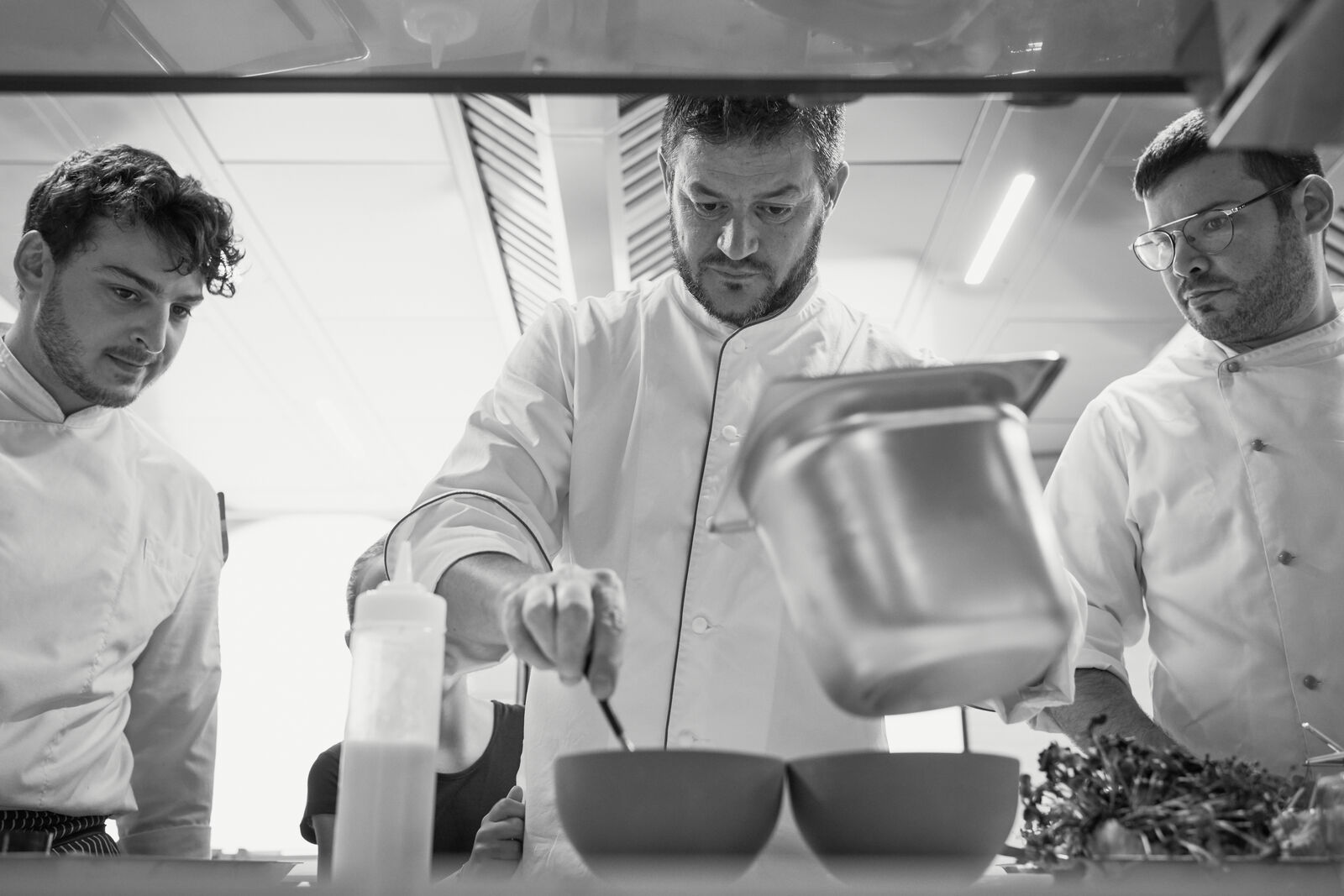 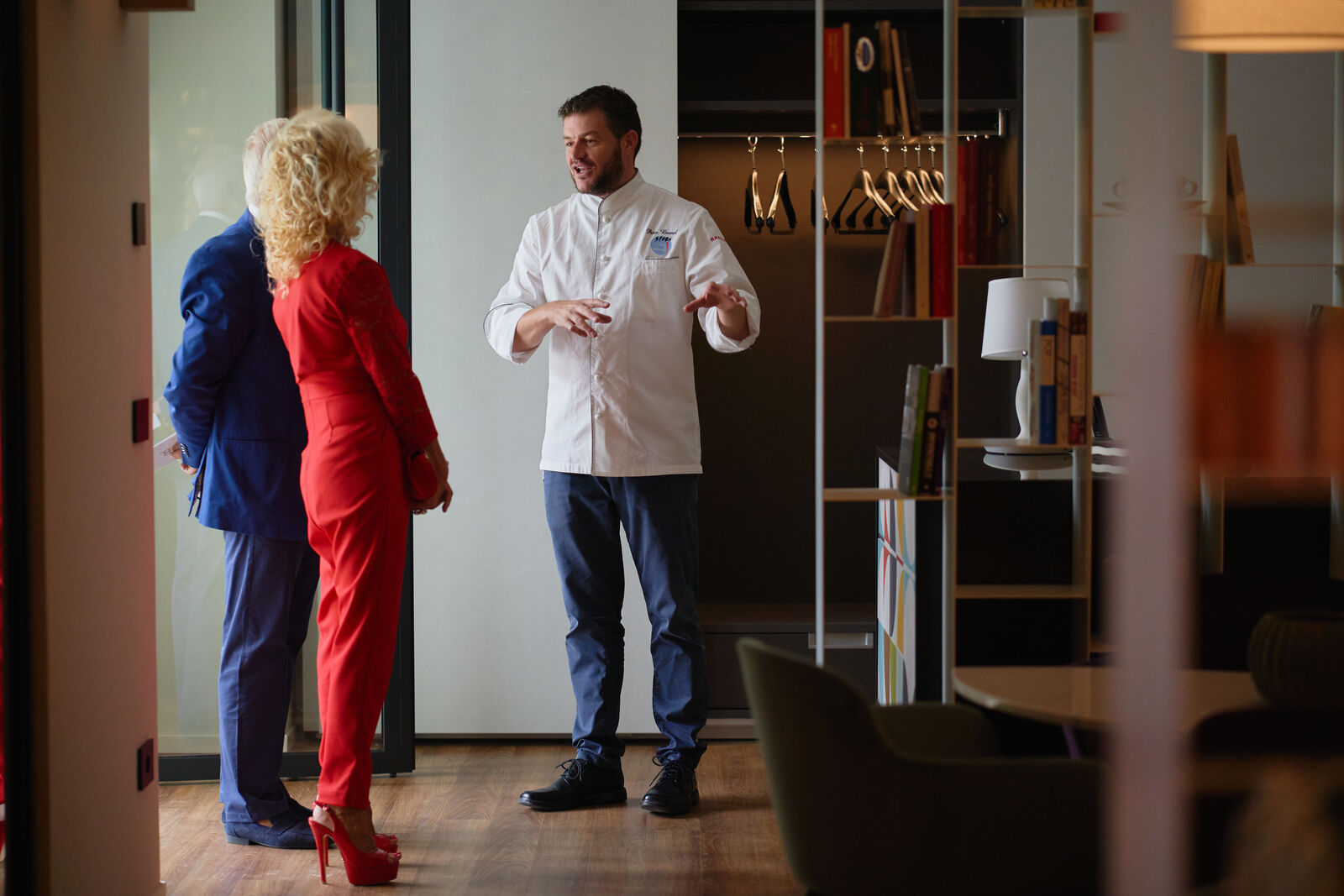